Skip site navigation
This is a test version of The COVID Tracking Project website. Data may be inaccurate. Visit the live site

As antibody tests become more widely available across the United States, we call on all states and territories to preserve the integrity and usefulness of their COVID-19 testing data by maintaining separate viral testing and antibody testing counts. 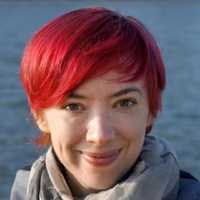 Earlier this week, we learned that for several weeks, the Commonwealth of Virginia has been combining viral test data with antibody test data in their public reporting on COVID-19. Virginia officials suggested that other states were pooling these two types of results so that, in essence, Virginia was forced to combine them to keep up.

On May 13, 2020, we contacted 44 states and territories without clear statements about their antibody test reporting policy. As of May 15, we have confirmed that at least two states besides Virginia have been combining antibody and viral test results, though only Virginia's health department is on the record about combining their testing datasets. If more states are, in fact, combining viral and antibody results, we understand that they are making a choice that appears to increase their test totals. But we think it comes at much too high a price.

As antibody tests become more widely available across the United States, every state and territory will have to choose how to report this data to the public. We encourage all states and territories to standardize on reporting antibody and viral test results separately and fully, allowing government departments, journalists, and members of the public to maintain access to the most meaningful numbers throughout the COVID-19 outbreak in the United States.

To understand why it's critical to maintain separate counts for viral and antibody testing data, it's useful to understand how different the two kinds of tests really are.

There are two categories of tests currently used to identify COVID-19 cases in the United States: viral tests, which include PCR tests and the newly approved antigen tests, and antibody (or "serology") tests. Roughly speaking, viral tests identify evidence of current  infection by looking at the virus directly, while antibody tests identify evidence of past infection by looking at whether our body has already responded to the virus.

Viral tests (PCR and antigen) can only tell us about the present: who is infected right now. Antibody tests can only tell us about the past: who was exposed to COVID-19 weeks or months ago. A negative antibody test indicates that you probably didn't have COVID-19 more than three weeks ago, but says nothing about your present status. This means antibody tests can't boost our capacity for discovering current COVID-19 cases—which is something we must have to understand and respond to local outbreaks.

Due to the difference in what is measured, antibody tests and viral tests are conducted on different populations. Viral tests are used in a clinical context, where doctors need to diagnose people with COVID-19 infection as they show up to the hospital. In many parts of the United States, this means access to viral testing is limited to people who are symptomatic and seriously ill, or who are part of a population known to be at special risk, like people in nursing homes or prisons or meat-packing plants. If you mostly test sick people, you'll get a lot of positives, so until access to viral testing is greatly expanded, we can expect to see relatively high positivity rates.

Antibody tests, on the other hand, are used as surveys (if you've been reading a lot of COVID-19 research, you may have heard the term "seroprevalence surveys") intended to discover the prevalence of past infections (termed "cumulative incidence" by epidemiologists) in a given population, like Major League Baseball employees or members of the general public. They are intended to measure overall exposure levels—and potentially immunity—and so by design, they are never restricted to symptomatic or seriously ill patients. As a result, we would expect to see much lower positivity rates from antibody tests.

Combining unlike tests with unlike positivity rates distorts critical data

State governments rely on testing data to help understand when they can safely reopen specific regions and sectors of the economy. Despite both being labeled as "tests," antibody and viral tests answer fundamentally different questions.

Dumping antibody data into the viral testing pool brings the overall positivity rate down, which looks like either:

But in fact, it's a deceptive misuse of the data—the true positivity rate for tests that measure active infections hasn't changed. This is crucial as we need increased capacity for viral testing before reopening to identify active infections even in the pre-symptomatic or asymptomatic stages.

The same thing is also true of the newer, still modest pool of antibody testing data. Combining antibody data with viral testing data erodes the true value of antibody data, which is to illuminate underlying exposure rates of a larger population. This data helps us assess the overall effectiveness of any developed vaccine, or to identify the proportion of people who have built some degree of immunity to COVID-19.

Antibody and viral testing have distinct and vital roles in responding to the COVID-19 outbreak. We need solid, clean data for both.

Quang P. Nguyen is a PhD candidate in the Department of Epidemiology at Dartmouth College

Erin Kissane is managing editor of the COVID Tracking Project.